skip to main | skip to sidebar

Check out this SlideShare Presentation: There is no such thing as safe!
Cities In Disaster
View more presentations from Alan Crean.
No comments: 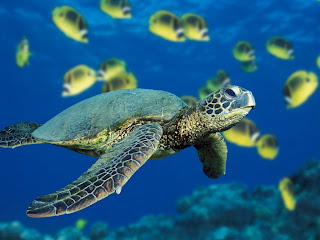 I was with my bank this morning in Ireland having a coffee with the manager. He recounted a funny story from Monday of this week when he was walking through the front desk and saw a young man with a rucksack and shabby clothes. This man was obviously looking for something or someone but continued to wander aimlessly across the floor in the absence of his target.

Mike approached him to offer his assistance and the young man spoke in a very clear and educated American accent "I am looking for your foreclosures department".

Mike explained that there was no such department at the branch, or even at the organisations head office. Indeed Mike knows of no bank that has either a section or department of this type.

The young man was taken aback and a conversation ensued.

This man had only just gotten off a plain from Chicago and his parents asked him to go to the main office of Irelands largest bank to see if there were are bargains to be had - as they had long aspired to have a holiday home in the land of their forefathers, an "in thing" to do - Michael Jackson had just bought an island off our shores, which can been seen for Sarah Jessica Parkers house on the shore.

In Ireland and in the UK we have robust financial institutions. There has been more than one Government bail out in the UK and the possibility of yet another in Ireland - but these institutions were aggressive and their issues do not arise from domestic mortgage issues but from loans given out to stagnant developments (that looked good at the time).

The issue I point to is the difference between compliance and regulation. As a high level view point, In Europe we have regulation (do what you are told) and in the USA it is compliance (do what you said you would do and what you signed up to do).

I see that there will be huge opportunities for our market space (BPA, BPM, et al) as regulation comes to town in a much larger and more onerous way over the next three years.

And the Governments across the globe are talking of the need for this to be US Congress led. As such, I concur that legislation is imminent, that it will be aggressive, and that it will not have they latent implementation period that SOX had.

I there for believe that the flood gates will open and our SAM will grow exponentially. However it will be the leading few that benefit and the rest will follow on their shirt tails.

Now is the time to make sure that the relationships with the larger SI's are in place, that good research is done, that the board of directors is supported by good industry non-execs, and that more than any other subject, RISK COMMAND AND CONTROL has to be understood and emblazoned as a key feature of the product set (smoke and mirrors will do for most of today’s quadrant vendors). There is a short video here on how to capture risk in a process.

Documentation For The Business

Check out this SlideShare Presentation:
Documentation For The Business
View more presentations from Alan Crean.
No comments:

Here is a great blog post on Business Optimisation from Jim Sinur of Gartner. It is well worth a read as Jim gets to see trends before they emerge in the market, so a subscription to his blog is valueable
http://blogs.gartner.com/jim_sinur/


Here is a Patient Discharge example process we did

SOME PROCESS EXAMPLES: I put these process documents up to help Business Users understand basic principles of AS IS and TO BE. You can click in each document so more complex ones are used in education

A VSM of a Orthopaedic Care Pathway http://tiny.cc/Orthopaedic

How to do AS IS discovery video http://tiny.cc/BPMN

If anyone wants any more, then link to me or drop me a line as alan.crean at processmaster.com

We are on the right road


Just a note on the top 10 programs of interest to CIO's - and our stuff is number 1.
No comments:

Where Are All The Old People Coming From

Check out this SlideShare Presentation:
Where Are All The Old People Coming From
View more presentations from Alan Crean.
No comments:

You can import a process from Ohio that was built in IBM Websphere, Texas can review it in Computer Associates, Florida can test it in BEA Aqualogics, Alaska can deploy it in Metastorm at the same time that Atlanta deploy it in Oracle, Montana can publish the reference documentation, California can create the dedicated intranet site, Oregon can export it into the LMS for eLearning and (soon) Colorado can simulate it in 2nd life – all the same model, no rebuilding or coding required, just point and click does everything in this paragraph.

Some of the largest brands in the world are using our technology, along with the UK Ministry of Defence and the UK National Health Service – even though we only brought our Enterprise Business Architecture Technology to market last October.

I would really appreciate a chance to chat to someone in your administration - with us, you could have your Best Practice Library published before the kids go back to school after the summer break.

The typical old fashioned way that business process outsourcing is sold is by first capturing the executives requirements to properly align business process and business systems to the business, so that they can be delivered by an external agency. Uses things like use cases, process maps, etc.

We have moved on. We now apply intelligence to capture the business purpose and then design the business to deliver the desired business outcomes. This is where Business Architecture comes in. There is a need for large corporations, who have an outsourcing strategy, to apply a Business Architecture System (like Process Master) to their operation. Business Architecture supports better service design, org charts, process & role descriptions, and governance needs (and an awful lot more) – allowing the corporation to outsource a set of business models with a defined scope and base line – as opposed to a function that will invariable suffer from quality subsidence unless it is supported properly (time drain) and invested in continually (cash drain).
No comments: